A bit about our past

OP-EZY was originally a hacking group for Local Networks, over time OP-EZY became a programming group. I set up this site for a bit of fun,and used it to learn how a web server works!
Using old (recycled) equipment, we have been able to create this site.
We used to use a really old server, that was originally an old School Desktop computer, we then switched to a couple of newer old laptops (confusing, yeah!), we then switched to a desktop with more RAM and hard drives in a RAID 1 configuration to protect against data loss, which infamously caught fire! We then invested in a proper server machine:

More About Our Servers

We are currently running geo-redundantly, primarily running form a VPS hosted by BHost:

Previously we used a Dell PowerEdge 1950 II which suffered a hardware failure, this might eventually be repaired and brought back into service:

The machine before that was retired after it caught fire – it has since been repaired and running as a legacy gaming system:

Going back further we used an HP laptop, which became our Windows server until it was retired when our new server was built:

Previously our server was also an HP Laptop but was retired after a hard drive failure:

The oldest server was a desktop Computer made by Fujitsu:

Some Pictures Of The Servers

Here are some pictures of the servers mentioned above: 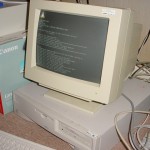 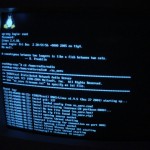 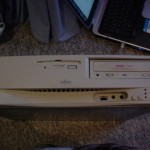 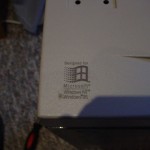 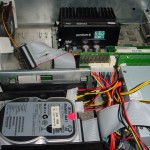 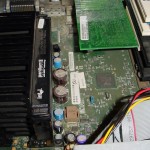 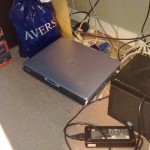 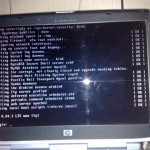 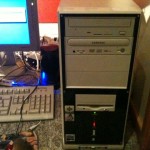 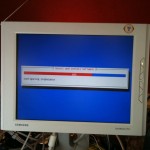 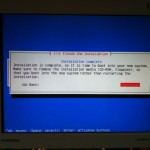 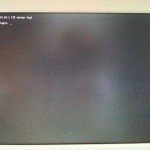 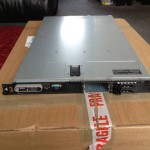 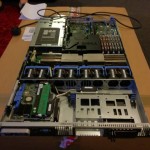 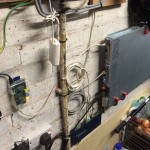 Why Do We Mainly Use Linux?

There were many reasons why we chose to use Linux:

After the hardware failure of our last server, we switched to a VPS host from BHost. They offered CentOS on their installation by default. This system offers rock solid performance and is enterprise ready. CentOS is a rebuild of Red Hat Enterprise Linux offered for free with no commercial support. Distrowatch, a website that compares different versions of Linux, describes CentOS:

CentOS as a group is a community of open source contributors and users. Typical CentOS users are organisations and individuals that do not need strong commercial support in order to achieve successful operation. CentOS is 100% compatible rebuild of the Red Hat Enterprise Linux, in full compliance with Red Hat’s redistribution requirements. CentOS is for people who need an enterprise class operating system stability without the cost of certification and support.

We started using Ubuntu Linux back in late 2007 (with the release of Ubuntu 7.10) as it was easier to update than the previous system, Slackware.
Another website I know of that runs Ubuntu Servers (that isn’t the Ubuntu home page obviously!) is Wikipedia.
Distrowatch describes Ubuntu:

Ubuntu is a complete desktop Linux operating system, freely available with both community and professional support. The Ubuntu community is built on the ideas enshrined in the Ubuntu Manifesto: that software should be available free of charge, that software tools should be usable by people in their local language and despite any disabilities, and that people should have the freedom to customise and alter their software in whatever way they see fit. “Ubuntu” is an ancient African word, meaning “humanity to others”. The Ubuntu distribution brings the spirit of Ubuntu to the software world.’

…and What About Slackware?

Slackware was our original choice because it has been around since 1993, the Slackware developers go for the KISS approach (Keep It Simple, Stupid!). They make their system work as much like Unix as possible. This means, by default it’s command line all the way!

It’s a VERY stable system, as it only uses packages that have been around for a few months, and are known to be stable. Sadly, it is rather difficult to upgrade packages, meaning it’s more likely you will need to compile an update from the program’s source code!
If, like me, you learnt how to use Linux on systems like Slackware, you have a better understanding how the system works, and you will most likely be able to fix things on other Linux system than someone who’s been raised on an “easier” system. Therefore it has been known for some people to say:

RedHat Linux was a system that was started in 1994, and discontinued in 2004, it was an easy to use system, but was aimed more at a graphical user, than a command line user. Because the tools used on each system varied, a person competent with a system like RedHat, would find a system like Debian alien to them! As a Slackware user edits the config files directly, this is not a problem!
Here is a summery from Distrowatch:

“Slackware Linux, created by Patrick Volkerding in 1992, is the oldest surviving Linux distribution. It offers no bells and whistles, sticking with a text-based installer and no graphical configuration tools. Where other distributions tried hard to develop easy-to-use front ends for many common utilities, Slackware offers no hand-holding and everything is still done through configuration files. Because of this, Slackware is only recommended to those novice users who intend to spend some time on learning about Linux.
Nevertheless, Slackware has a magic appeal to many users. It is extremely stable and secure – very suitable for server deployment. Experienced Linux administrators find that the distribution is less buggy as it uses most packages in their pristine forms and without too many in-house enhancements which have a potential to introduce new bugs. Releases are infrequent (about once a year), although up-to-date packages are always available for download after the official release. Slackware is a fine distribution for those who are interested in deeper knowledge of Linux internals.
Perhaps the best characteristic of this distribution I have heard is this: if you need help with your Linux box, find a Slackware user. A Slackware user is more likely to fix the problem than a user familiar with any other distribution.”

Some people may be wondering, “Why does OP-EZY now have a Windows server?”. To put it simply, there are some tools and programs that only work in ASP.NET, these programs may not run correctly with software such as Mono, so we have built a Windows server to develop software and web services using these technologies. OP-EZY will still use Linux on our main server, but some services my be called upon from our Windows server. The Apache web server software allows for domains, sub-domains and even certain files and folders to be passed through to a separate server internally, meaning that our Windows server (and any future servers, Linux or Windows) to run through our main site without the need for opening new ports, or acquiring a second IP address.

Keep watching this space for exciting developments coming soon to OP-EZY through the use of our multiple server configurations.

Promote your Page too

Weather is set to reflect the current conditions at OP-EZY HQ.